© On the set of  the sci-fi film “Close Encounters of the Third Kind” (1977), directed by Steven Spielberg, starring Richard Dreyfuss and Francois Truffaut, French Nouvelle-Vague director, Truffaut and Spielberg hung around and apparently pointed at something while seemingly discussing a scene. Check it out. 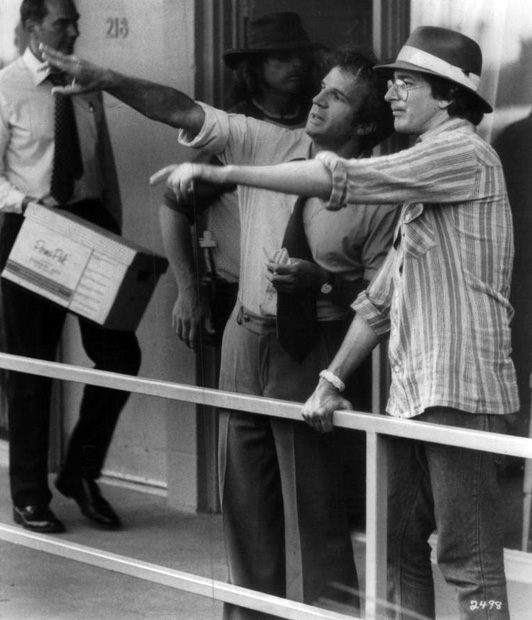 2 thoughts on “A close encounter between Truffaut & Spielberg”