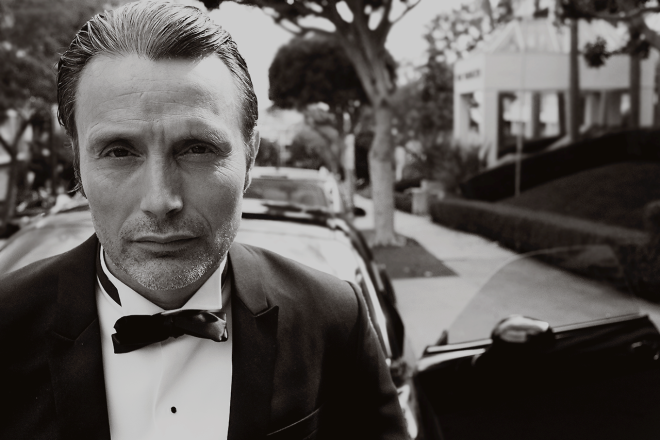 Thomas Vinterberg, Mads Mikkelsen, cast and crew on set of Jagten (2013).
Check out Nicolas Winding Refn on the set of Bronson here

So what’s sexier than a guy who likes cats? Mads Mikkelsen who likes cats ! Check out these photos of him, by Heiko Richard. YEAH!

I am not the author of these images. All rights go to Heiko Richards.
More on Facebook. Don’t forget our earlier post about Mads declaring his love for The Ramones here 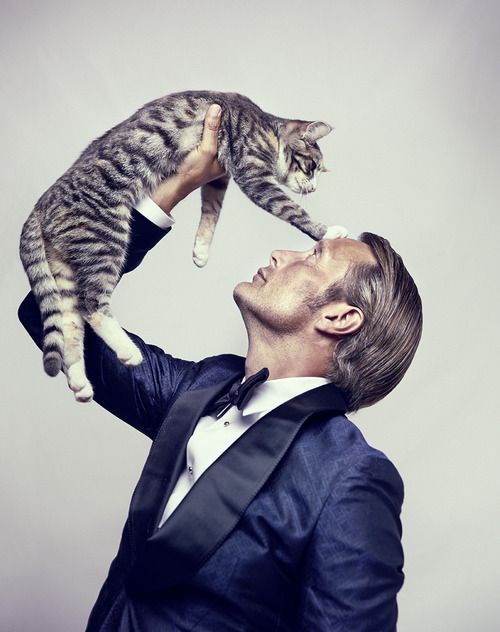 On the set of the Pusher Trilogy with Nicolas Winding Refn, Zlatko Buric, Mads Mikkelsen and crew. (1996-2004-2005).
Unknown photographer – I am not the author of these images.
Join us on Facebook for more goodies on Refn. Check out these cool portraits of Mads Mikkelsen here 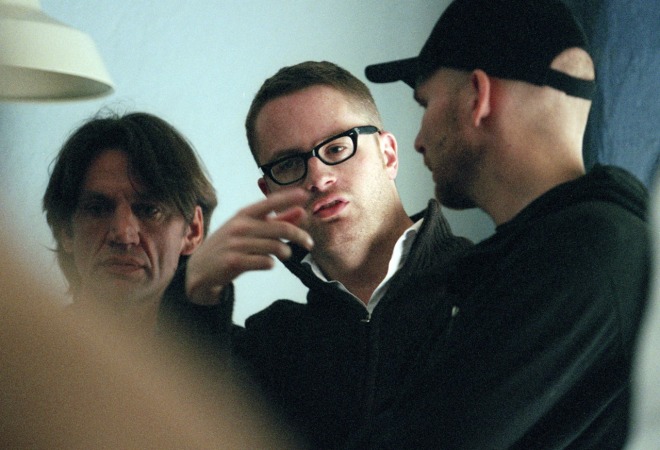 I got to know Danish actor Mads Mikkelsen thanks to his 2 collaborations with Danish director Ole Christian Madsen on “Prague” (2006) and “Flame & Citron” (2008) and later on when he played Le Chiffre in James Bond’s “Casino Royale”. Most importantly, he delivered what I think is his best performance so far in “With Blood On My Hands: Pusher II” but rumor has it his 2 recent films are just as impressive: “The Hunt” & “A Royal Affair” (2012).

Mikkelsen is also a fan of “The Ramones” and Kubrick’s “A Clockwork Orange” and he showed his love in these photos published in “COVER” magazine back in 2006.

Photography by Rick Shaine. All rights go to “Cover” magazine. 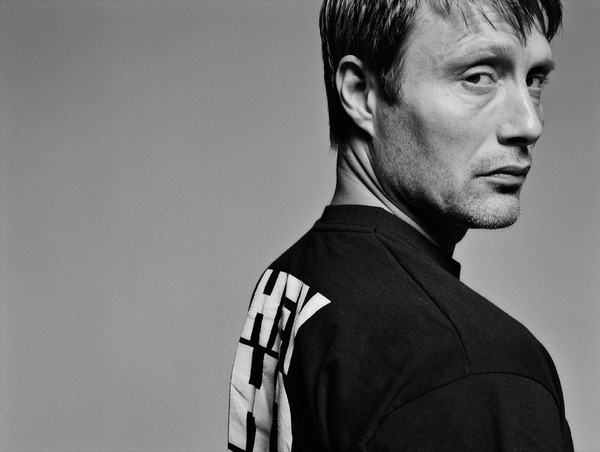 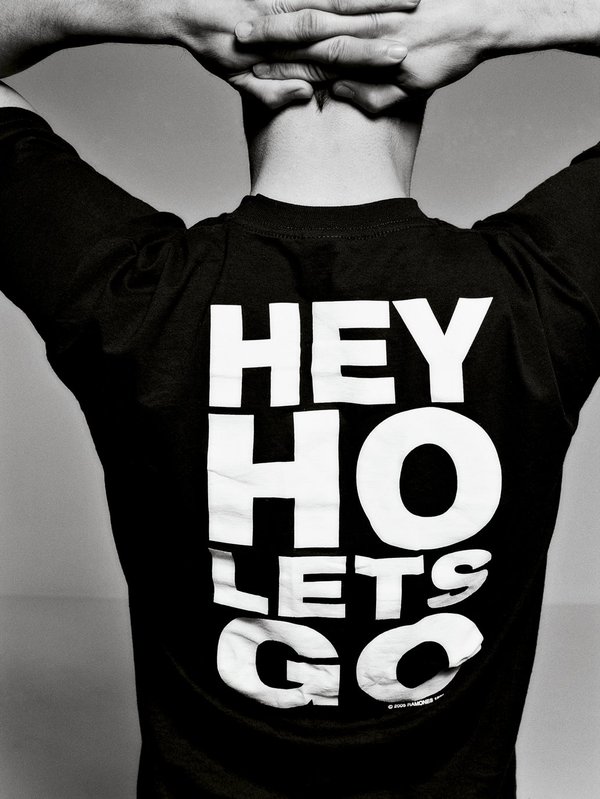 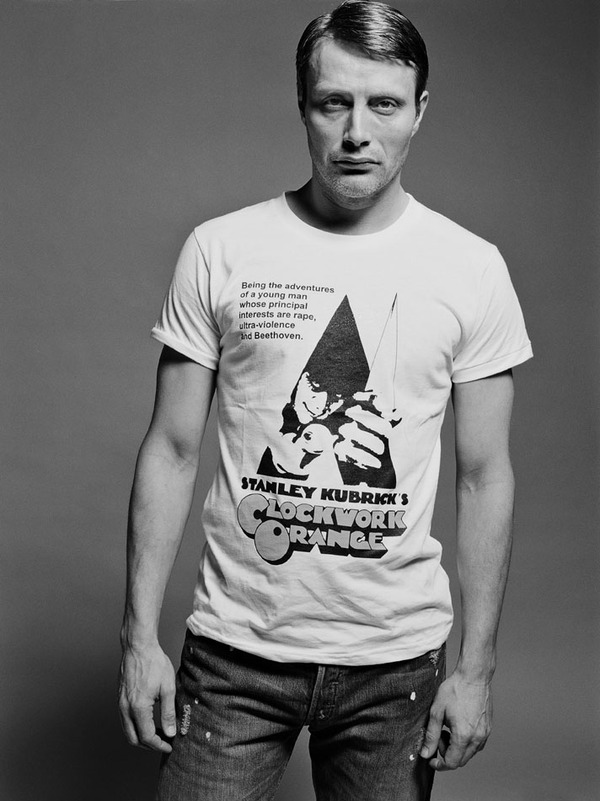 © Danish actor Mads Mikkelsen, seen here in the background, is more known for his role as the villain in Casino Royal.
However, his Dutch films, especially ones directed by Ole Christian Madsen are worth viewing. This is the director’s 2nd feature film, “Prag”(2006). It draws a beautiful portrait of the city while a couple unravels.
Mads Mikkelsen in the background & Stine Stengade in the foreground.