Audrey Hepburn photographed by Dennis Stock during the production of Sabrina in Long Island, New York, USA in 1954. 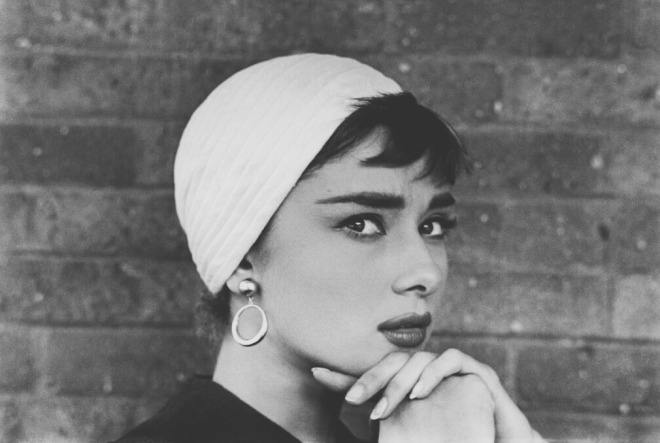 Like Loading...
Gary Cooper on the cover of “Hollywood” magazine, USA, January 1941.
Check out Gus van Sant and Harmony Korine on set here 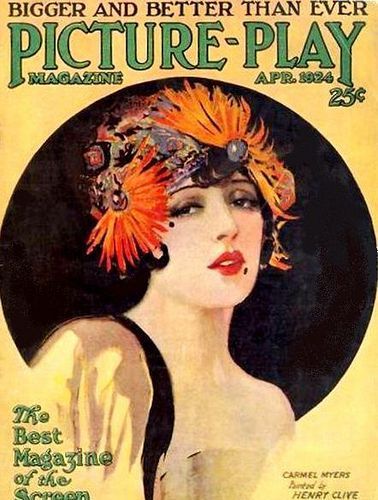 Spencer Tracy and Katharine Hepburn on the cover of “Movie Story” magazine, USA, June 1945.
I am not the author of this image.
Check out Audrey Hepburn and Edith Head on set of Roman Holiday right here

I am not the author of this image. More on Facebook.
Check out these Anita Ekberg by Georg Oddner here

” The Coronet was the only theater for 50 miles playing the space opera, but it seated more than 1,300 … most of whom appear to be in this line ” – Peter Hartlaub, The Chronicle.

Here are some shots from that day, taked by Gary Fong.
I am not the author of these images. All rights go to The Chronicle.
Thank you Rawad Nassif for this kind contribution.

Frenchman Philippe Petit of Nemours, France, on August 7th 1974, attempted the impossible : a high wire walk between the twin towers of the World Trade Center 1,368 feet (417 m) in the air, that lasted 45 minutes and ended with him getting arrested. Philippe’s routine and life became the subject of a very poetic documentary made in 2008 named Man on Wire (directed by James Marsh), but maybe not as poetic as these photos, shot by his friend who hid with him overnight in the tower, in order to install the wire.

I am not the author of these photos. All rights go to http://photos.newhavenregister.com.
Special thanks to Miss Francesca Baldi. 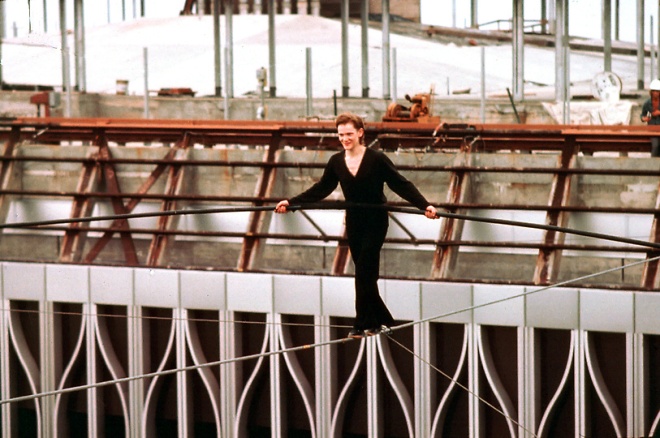 American photo-journalist Eve Arnold (1912 – 2012), an honorary member of the Royal Photographic Society took this photo of her close friend, actress Joan Crawford in 1959, in Los Angeles while she was doing her toilette. You will find here three samples and more will be published on our Facebook page which you can like here 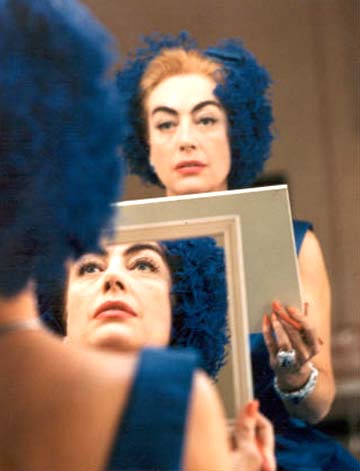 No list of screenwriters could ever be complete without the one and only Billy Wilder.
Wilder made use of his scripts to transgress Hollywood censorship by depicting taboo topics to the American mainstream, such as cross-dressing in Some Like It Hot and addiction in The Lost Weekend. To his credit are some of the US most classical films and spellbinding noirs, such as Double Indemnity (1944), The Lost Weekend (1945), Sunset Boulevard (1950), Some Like It Hot (1959), The Apartment(1960).
Hotel del Coronado, where Some Like it Hot was filmed in 1958 and thus became an iconic place, commemorated Billy Wilder with the stamp you see below.

© The American Postal service’s Billy Wilder stamp, featuring the director/screenwriter, Marilyn Monroe & the hotel Coronado in the back.