“Kristin Scott Thomas trained at the Central School of Speech and Drama in London and the École nationale supérieure des arts et techniques du theatre in Paris. In 1988 she starred in the film adaptation of Evelyn Waugh’s novel A Handful of Dust. Resident in Paris since the age of nineteen, Scott Thomas has acted in a number of French films, most notably Philippe Claudel’s I’ve Loved You So Long (2008) in addition to her UK and US successes in Four Weddings and a Funeral (1994) and The English Patient (1996). She was nominated for Best Actress at the Cesar awards for her 2010 performance in Sarah’s Key.” (taken from npg.co.uk) She will be starring in the new Nicolas W. Refn film, opposite Ryan Gosling, titled “Only God Forgives”.

I am not the author of this image. All rights go to Harper’s Bazaar.
Join us on Facebook for more photos and for some amazing Li Gong images, click here 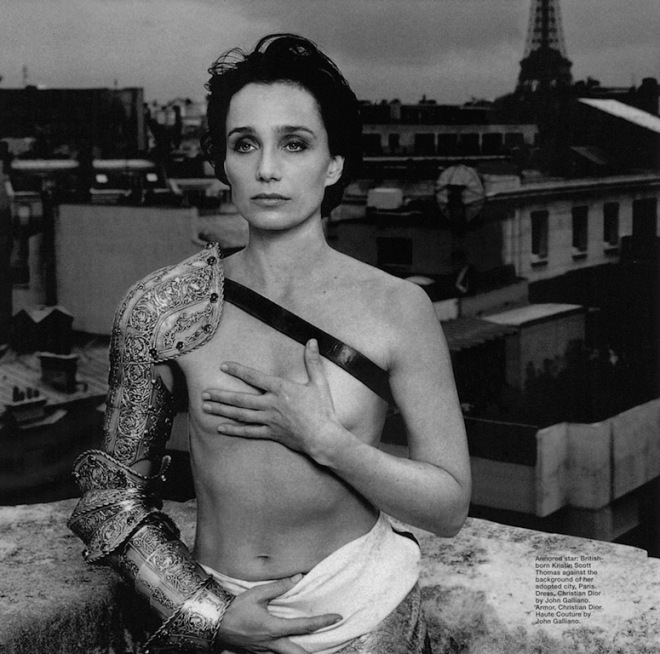